Shibaricamp is a summer camp in Bohuslän on the west coast of Sweden that provides a unique setting for an unforgettable week of rope and fun. We are aiming to nourish a culture of community and acceptance, where everybody can get a little bit closer to themselves and each other, regardless of who they are.
Read more..

Andrea and Chiara are play partners and collaborators since about three years, travelling around the world to hold workshops. To their classes, they bring a great passion, technical expertise and professionalism.

Chiara Fenice started to approach shibari six years ago - first out of curiosity, then discovering a real passion. She began her journey by attending the Italian scene, participating in courses, meetings and workshops, lending herself as a model and becoming increasingly aware of her role in ropes.

Andrea Ropes is an Italian rigger based in Bologna with more than a decade of experience in Japanese bondage. Since the beginning of 2015 he has become a professionist and he is often in Japan to learn new techniques, to be able to share them during his shows and teach them through private lessons, courses and workshops around Europe. 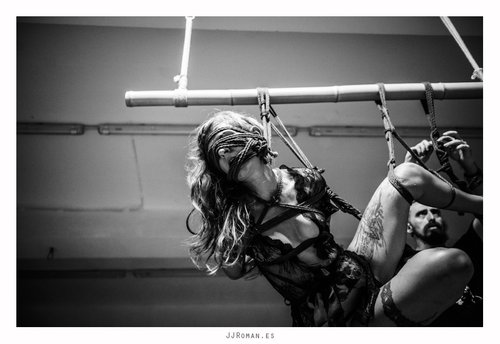